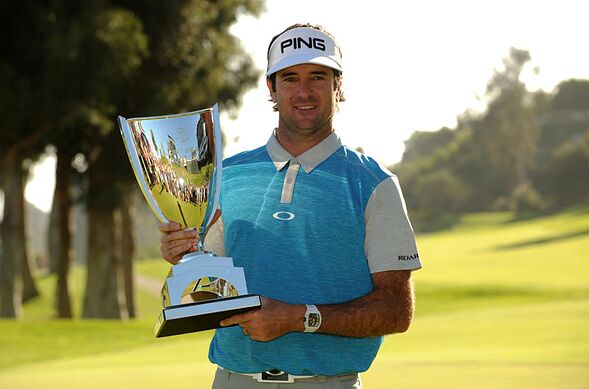 Bubba Watson was the big winner at last year’s Genesis Open. Which PGA Tour player will follow in his footsteps?

PGA Tour action moves this week from one classic golf gem to another. Next stop: Riviera Country Club and the Genesis Open.

The Pebble Beach Pro-Am is in the books, and while the views were certainly exciting, the final round action was anything but. Jordan Spieth did exactly what he needed to do to claim victory, but it didn’t make for much drama, as he led for the entirety of the day and claimed a four-stroke victory.

This week, the PGA Tour heads to Riviera Country Club for the Genesis Open. The venue will provide us with some striking vistas, but golf fans will hope to see a suspenseful tournament that can do justice to the breathtaking backdrop as well as a beautiful golf course.

The tournament’s new title sponsor, Genesis, is a luxury car subsidiary of Hyundai Motors. They stepped in after the departure of Northern Trust, which opted to instead sponsor the first event of the FedEx Cup playoffs (formerly The Barclays). As such, there might be some cool automobiles on display at this week’s event, but Phil Collins and company won’t be in attendance, so don’t get your hopes up.

Without further ado, let’s get to my picks for the week. Here are ten of the best bets for success at the Genesis Open. Each player’s current FedEx Cup ranking is listed next to his name.

Next: Dustin Johnson
Next1 of 11Prev post
Use your ← → (arrows) to browse
Event Tickets
Powered by StubHub