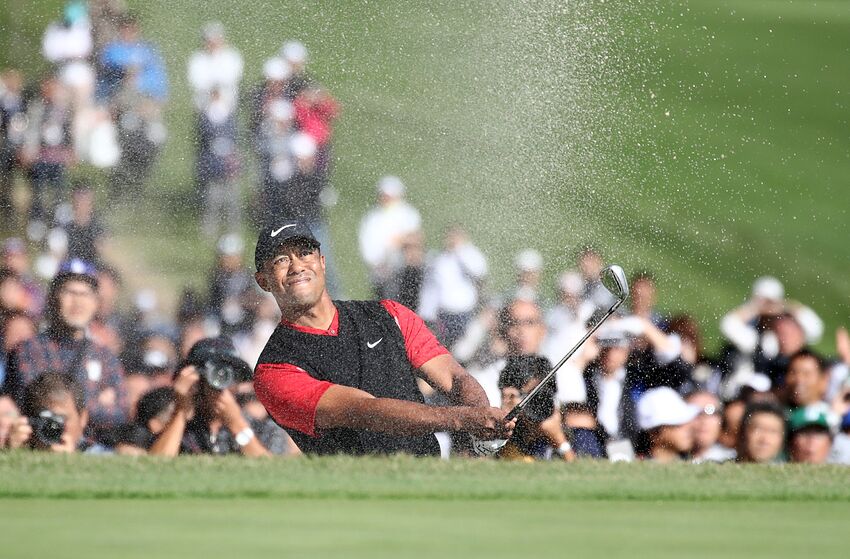 INZAI, JAPAN - OCTOBER 28: Tiger Woods of the United States hits out from a bunker on the 18th hole during the final round of the Zozo Championship at Accordia Golf Narashino Country Club on October 28, 2019 in Inzai, Chiba, Japan. (Photo by Chung Sung-Jun/Getty Images)

It’s kind of a shock when you really think about it, but as we approach the RSM Classic, nearly 25 percent of the 2020 PGA Tour season is done, and it’s not even the new year yet.

At the RSM Classic, which is the final tournament for the PGA Tour in 2019, several players saw the schedule change as a positive, including tournament host Davis Love III, RSM Ambassador Zach Johnson, and defending champion Charles Howell III.

“I love the new schedule.  Obviously, I’ve played in a whole bunch of different versions of the schedule, when there was a silly season and when there was a short official fall, and it’s gone back and forth, but I like it,” he said.  “The major championships, I’ll include The Players Championship in that so I can bump my number up a little bit, the five big tournaments are spread out in a nice order.”

Love did admit that having the Olympics thrown in does complicate things, but like a lot of golfers, he’s more than happy to live with it.

“The players have really embraced the Olympics.  It’s a goal now,” he added. There’s going to be five to six to eight big tournaments that everybody’s going to plan their year around, and I think it flows very nicely now.”

Zach Johnson, a Sea Island resident, agrees that the fall has been upgraded.

“The facts are that every event in the fall has raised its level of everything, whether it’s the course, the purse, everything is just, they’re all great events,” he said.

He’s right. In seasons past, as recently as 5 to 10 years ago, the fall tournaments did not have purses that were as large or first-place checks that were as sizeable as events played from January to August.  Those days are over.

While the golf season now “ends” before Labor Day, the tournaments that follow are no longer a lesser quality in terms of money or importance. The victories are equal to the ones that come after the beginning of the new year. It can work to a player’s advantage.

“If you don’t have a great year, using myself as an example, you have some forced time off because you can’t play in all the Playoff events,” Johnson said about the fall. “There’s just not really much of an off-season.  There never really has been, it’s just different. I like it, I think it’s great.”

Johnson used the missed Playoffs this year to work on his game and get a strategy for 2020.  He’s now 43 and still wants to pad his trophy case.

“Whether it’s two weeks, three weeks, four weeks, five weeks, whatever it is, you have some time off, reassess, work and go out and compete again,” he added.

Charles Howell is another player who has embraced the fall.  In fact, he had his third victory a year ago this week at the RSM.

“Now I look at the schedule, there’s almost a third of the year is played in the fall.  I feel the need and a bit of the pressure to play in the fall,” Howell said. “You possibly could have played nine, 10 golf tournaments by now, so it’s a big chunk of the year, and I think it’s a really important part of the year.”

Howell noted that the RSM is his seventh tournament for the 2020 season.

Next: Golf Tips: A New Way to Keep your Round Interesting

The victories mean something different to each one of them, but none would give up a title just because it was won in the fall.  Just ask Tiger Woods.